(Penny Pinching & Barrel Scraping is writer Lou Page’s column on low-cost indie games, bargain bin discoveries, and free games. These are not reviews, but looks at hidden gems that readers may have missed in our ever broadening market of video games. You can find Lou at @BusyZombieLord on Twitter.)

NASA seems to have brought the world back into interest with space, thanks to their recent Mars Rover Mission. I have been no exception to this either, and feel like I am nightly consuming Sci-fi TV and Movies like a zombie craves brains. In an attempt feed this urge, I stumbled upon Kerbal Space Program after hearing Tyler Barber and Anthony Gallegos over at RebelFM ramble on about it. Since they spent so much time discussing how it gave them so more appreciation for what NASA has accomplished, I thought it might be worth a look.  It has been eye-opening to say the least.

How is it eye-opening you ask? The basic idea of Kerbal Space Program is that you build realistic spacecraft to help the people of Kearth reach into the stars and beyond. With a nice Lego styled selection of parts and engines to choose from, you can throw together a rocket in a few minutes or spend hours designing the perfect spaceship. Though still in the alpha stages of development, Kerbal Space Program does a damn nice job of giving you near perfect idea of what kind of thought goes into a real space program. Did you put enough stabilizers to keep your rocket straight? Or are you going to send your Astronauts hurtling towards that earth at frightening speeds? All the parts count, and I actually now have a new look at gravity.

Yes, I said Kearth earlier and not Earth. Part of what makes Kerbal Space Program charming is that instead of using humans, the designers decided to give you a cute human-like race of green people called Kerbals. It is much more heartwarming to see the smiling green face of a Kerbal as your rockets soars towards the heavens. I won’t lie either, it’s pretty funny to see their screaming faces when a rocket nose dives into a launch pad. Hey, don’t judge me; I know I have a sick sense of humor.

When I started my venture in Kerbal Space Program, I was quite confident that it couldn’t be that hard to get a rocket to space. After hours of trying to get off the launch pad, and then a few more watching rockets blow up in the atmosphere, NASA got applause from me. Let’s be honest, they have made space travel look like child’s play considering how challenging gravity and physics make it.

All my failure was not a complete waste because at 1am I got Kerbals beyond the atmosphere. I can’t actually take all the credit either though. I spent an a few hours of watching a real astrophysicist demonstrating and explaining how to build and launch rockets in Kerbal Space Program. That’s right, an actual astrophysicist took the time to put demo videos on YouTube to help us common folk understand the science in Kerbal Space Program. While the developers don’t advertise this on their website, they probably should! I think it might get them a few more sales and downloads.

In case you have not figured it out yet, Kerbal Space Program is more than just a game. It takes simple ideas about math and science, and then applies them to the concept of space and physics. Who would have thought a game about launching little green men into space could teach a 30-year-old more about physics than he ever learned in high school? In fact, why isn’t this game in every science class worldwide? Try Kerbal Space Program and maybe we can get that to happen. I don’t make any promises though.

(If you missed my link above Kerbal Space Program is at https://kerbalspaceprogram.com/ ) 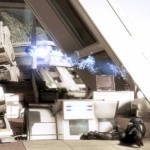 Jocelyn and Ryan continue their talk of MMO's this week with Joce playing more WoW and Ryan Guild Wars 2. A bit of a heated discussion starts when the topic of people being UNABLE to buy GW2 from the ArenaNet website as a digital download is brought up. Afterwards Ryan… 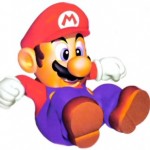 After a discussion of The Gamers' Inn teams plans for this year's Extra Life event, we jump right in to Ryan's tutorial on how to play Rock Band without expensive plastic instruments. He's also having fun with New Super Mario Bros. 2 on the 3DS. Jocelyn is still playing the…