English-language speakers have a fundamental problem when trying to discuss anything: Invariably, one word will be used to mean two, three, or four different things. Just ask your local weather forecaster what they mean by rain – do they mean drizzle, a thunderstorm, horizontal rain? When I head to work today, do I take a coat, umbrella, or life-raft?

Seems the Eskimos had it right with their 50 words for snow. At least that way there’s no confusion.

But when video game developer Turtle Rock announced that they were releasing DLC, you’d think there wouldn’t be any confusion.

Sadly, that doesn’t seem to be the case.

DLC, or DownLoadable Content, apparently doesn’t mean what it used to mean – and considering the word is only a few years old, that’s pretty impressive, even for the English language. While the Wikipedia page for ‘Downloadable content’ makes the effort to refer to Sega Genesis and Total Annihilation as having downloadable content, many people will immediately think of games like Halo 2 as the real progenitors of DLC.

Starting the Fight on DLC

For a long time DLC was predominantly thought of as extra maps, storylines, missions, and so forth: “content” seemed to be the name of the game.

According to an IGN article published towards the end of 2014, Turtle Rock Studios’ Creative Director Phil Robb said that future DLC maps and game modes would be free to prevent breaking the community apart:

“First thing we [Evolve’s creative leads] said was we can’t break the community up, so all of our maps will be free. We never want anyone to get booted off of a server because they haven’t bought something.”

On the flip-side, however, Evolve’s DLC will cost.

All of a sudden, DLC has evolved (ha, get it?!) to include skins.

I’m a League of Legends player, and for a free-to-play game, it’s certainly appeared on my bank statement fairly regularly. I have almost all of Caitlyn’s skins, as well as a few for Ahri and Orianna. I can’t quite explain why, except that … it’s better? 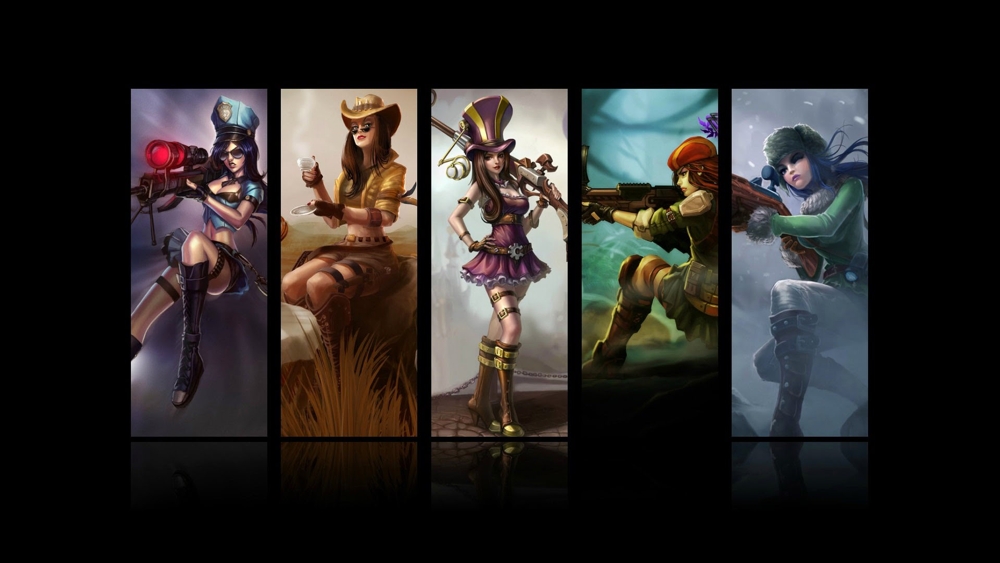 Playing Caitlyn in League of Legends in Style

But at no point did I consider myself investing in DLC. Making my particular character look different than normal doesn’t seem to me to count as DLC: There’s no “content”, just some superficial silliness – and I love it!

I’m left asking one question, then: Just how much trouble could Turtle Rock Studios have avoided if they’d simply binned the phrase “DLC” from their press materials?