No normal episode due to Ryan traveling, but we did want to get a SC Mini out for our awesome listeners. Also we’re speculating we may have a big week on our hands for next episode… Any ways, Ryan goes over Altina: Dawn’s Trueblade and the Mythic Banner to go alongside with her. Plus there are some Black Friday deals going on in FEH. Don’t delay though, they end December 4th!

Extra Life is back and Summoner’s Call is looking for your assistance in supporting Children’s Miracle Network Hospitals. We have some special bonuses for listeners that donate to Eddie or Ryan from The Gamers’ Inn Extra Life team. We’ll be taking votes for our first 2020 Game Club thanks to your Extra Life support. Anyone who donates $10 or more to our campaign will be able to vote for Game Club! Be sure to include the game title in your comment, and multiple donations will be accepted for multiple votes. Game Club donations will be taken until December 31st.

Keep in mind these restrictions when voting for Game Club: We need easy/legal access to the game (Japanese only and GameCube/Wii versions are off the table), for Three Houses state your preferred path (you can even suggest a path/host), and no repeats (Shadow Dragon, Shadows of Valentia, Fates Conquest). Reach out to us on Discord if you have any questions/concerns. Thank you for your support of Extra Life! 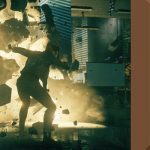 We kick off the show with a Black Friday fueled discussion about upgrading a PS4 to a PS4 Pro through trade-in. Good idea? Bad idea? HORRIBLE idea? Help us (Ryan) out! Moving on to games, Ryan talks about his time with Star Wars Jedi Fallen Order on Xbox One X… 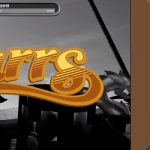 Ryan has an update on his Black Friday adventures. Both Jocelyn and Ryan teamed up to bust ghosts in Luigi's Mansion 3. More Sea of Thieves fun from our latest Extra Life stream. You'll want to check out some of the highlights, like CHARRS, or waking up Matt, or SHARKS.…