Another swamped week of FEH where, wait, not much really happened. We got the return of the Arena quests now renamed Coliseum quests, the second round of Rokkr Sieges, and not much else happening this week. We did however get the trailer for the Three Houses Banner as well a a GHB coming in early August which we briefly go over. Finally we deep dive on the promotional Byleth a little early as we have a busy week coming, we also know that he will be summonable on… 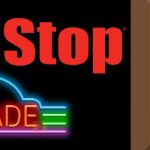 Jocelyn is away this week, so Ryan is joined by his Dungeons & Diapers co-host Crofton Steers. Ryan has been playing more Super Mario Maker 2 and looking forward to other Nintendo Switch releases. While Crofton has been digging into the Greek buffet that is Assassin's Creed Odyssey. In the… 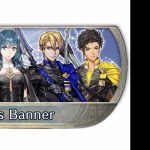 We talk about the new banner that released and the surprise video that dropped with the story chapter this week. Also we cover the Grand Conquests and Tap Battle that launched this week. Oddly enough all the events this week seemed to have a theme like something big was happening…