Happy Second Anniversary to FEH! And a Happy First Anniversary to Summoner’s Call! Eddie and Ryan break down their summoning successes for the last week. Without much delay we go over all the news from the surprise FEH Channel, including the 2nd Anniversary Celebration and the new version update details. Oh, and CYL3 results and Duma. Whew… Lots to go over! And what’s this? A Summoner’s Focus, a small update for Game Club, AND Speculation Corner?!? Tuck in summoners! 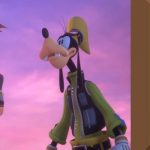 Piranha Plant sprouts into a full fledged fighter in Super Smash Bros. Ultimate this week. The Resident Evil 2 remake has finally arrived in all its zombie killing glory. Kingdom Hearts as a franchise makes its debut on TGI, much to the confusion of both inn keepers. (hoping to get… 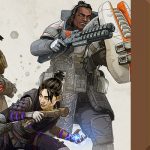 Ryan has been going through Resident Evil 2 in his Second Run, plus we get some Andromeda flashbacks with the Anthem demo. Our topic this week looks at Apex Legends, the new free to play Battle Royale game from Respawn. Both inn keepers played the game and have a lot…