Lots to break down this week as Intelligent Systems keeps Fire Emblem Heroes buzzing with new content. In Game Stories, both Ryan and Eddie have been enjoying their time in Tempest Trial, as well as the new story chapter “Blood and Snow”. Ryan has an update on his quest for Armoured Lyn, which isn’t going well… Moving in to the news, Legendary Ike wins the Hero Rises contest, while Fallen Heroes grace a new Banner and Grand Hero Battle. Finally, we close out the show with some Speculation Corner focusing on the upcoming Voting Gauntlet. Thanks for listening and happy summoning! 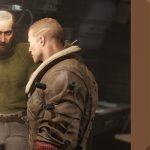 We have more Streaming Adventures with Ryan this week as we discuss the 50 follower milestone, working on those average viewer counts, and more Stream Elements implementation. Speaking of streaming, Ryan played Wolfenstein II to completion and has great things to say about the "what if" history shooter romp. Jocelyn… 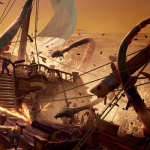 A'hoy Mateys! Ye be enterin' dangerous waters, so you best not be doing so alone! Join Jocelyn and Siv for the next three weeks as they tell you all you need to know about Sea of Thieves, the ultimate online, multiplayer, PvP pirate experience. This week Joce and Siv talk…