Not a whole lot going on in Fire Emblem Heroes, but Eddie and Ryan break down their latest summons as well as their time in Tempest Trials. Game Club for Shadow Dragon continues as we recruit Minerva to Marth’s cause. Speaking of Shadow Dragon, our StrawPoll for next week’s Summoner’s Focus is live now, so go and vote! Get excited summoners, as next week is our first live episode! October 27th at 2 PM ET over at twitch.tv/RyanMurphyCA.

Extra Life is back and The Gamers’ Inn will be embarking on an epic journey to play video games in support of Children’s Miracle Network Hospitals. Check out our team and get more information on the event. This year we will be focusing on multiple streaming days, including an event on October 27th and November 10th. Special to Summoner’s Call, we’ll be hosting our first LIVE episode on the afternoon of October 27th. Anyone who donates to our campaign and marks FEH or Summoner’s Call in their message will be able to join us on the show! 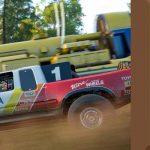 Ryan has been driving all fancy like through the UK in Forza Horizon 4 on Xbox One, thanks to the Game Pass. Jocelyn brings Reigns: Game of Thrones to the table to discuss the new layer on the swipe left/right mechanics of the first two Reigns games. In the news,… 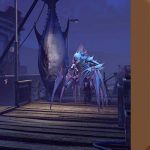 It was the day before Red Dead Redemption II, and at the Inn, both Ryan and Jocelyn played video games that didn't feature the wild west. Keeping things light, Ryan booted up the new Tactical Legacy Pack for XCOM 2 and the new DLC for Spider-Man on PS4. Jocelyn partied…