After a week off from our normal Fire Emblem Heroes discussions, Eddie and Ryan return to discuss the latest banners, the conclusion to Book II, and the next game for Game Club. For banners we go over our luck in summoning from Nohrian Dusk and Generals of Muspell. Book II has wrapped up in a doozy of a final chapter, spoilers ahead folks. We had to push Summoner’s Focus to next week, so please vote in our Binding Blade poll. Finally, the first part of our new Game Club is here! We’re playing Fire Emblem: Shadow Dragon on the Nintendo DS. We play through to Chapter 5, with plans to play to Chapter 11 for our next segment in two weeks.

Extra Life is back and The Gamers’ Inn will be embarking on an epic journey to play video games in support of Children’s Miracle Network Hospitals. Check out our team and get more information on the event. This year we will be focusing on multiple streaming days, including an event on October 27th and November 10th. Special to Summoner’s Call, we’ll be hosting our first LIVE episode on the afternoon of October 27th. Anyone who donates to our campaign and marks FEH or Summoner’s Call in their message will be able to join us on the show! 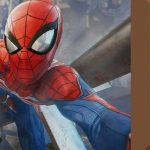 Spider-Man has swung on to the PS4 and both innkeepers have returned to chat about the brand new Marvel adventure. We go spoiler free on this one, so if you're still eagerly waiting to play the game, rest easy knowing you'll go in unspoiled. For our topic, we break down… 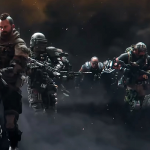 Ryan is away this week, so Josh returns to join Joce as they chat about Don't Starve Together, COD Blackout, Shadow of the Tomb Raider, and Nintendo Online. They then go over the newest info coming out of a two hour Red Dead Redemption 2 demo, and take a look…