Ryan and Eddie return to report on their last week in Fire Emblem Heroes. A new banner of Genealogy of the Holy War strangers brings a new story chapter to the game, where the traitor is finally revealed! We go over our impressions of 2.9, including time with Combat Manuals, Rally Defense, and the new weapon refinery updates. Don’t forget to vote for next week’s Summoner’s Focus, looking at a hero from the Binding Blade. Finally, we close out the show with the final Game Club segment for Shadows of Valentia. Which means our next game will be… Shadow Dragon. Hope you can play along with us! 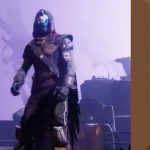 Jocelyn is away this week, so Crofton returns to the inn this week. We've launched our Extra Life team, so if you'd like to help us raise funds FOR THE KIDS, head on over to bit.ly/tgiextralife2018. Over the past two weeks Ryan has been playing more World of Warcraft and… 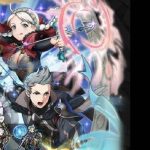 Eddie and Ryan get ahead of a busy weekend and what could be a busy future episode to break down the heroes arriving in the Nohrian Dusk banner. Hope you enjoy this Summoner's Call Mini! Extra Life is back and The Gamers’ Inn will be embarking on an epic journey to…