As predicted, shortly after our recording last week Intelligent Systems unveiled that they would be announcing the Choose Your Legends 2 banner in a FEH Channel. Now Eddie and Ryan are here to chat about their summoning luck in the new banner, as well as their thoughts on the new units. Also on tap is a new StrawPoll for next weeks Summoner’s Focus, taking a look at a character chosen by you from Geneaology of the Holy War. Game Club rockets towards the end of Shadows of Valentia as we peek in to Act V and complete the battle against Berkut in the final dungeon. A new Game Club is on the horizon and we want you to pick the game (voting closes in about a month). 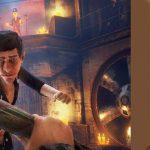 Ryan and Jocelyn revisit the REDACTED world of We Happy Few to see how the last year and change of development has gone. Out with the survival exploration and in with the story driven campaign! Ryan continues his adventures in Battle for Azeroth, with some discussion centred around the Alliance… 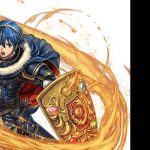 Hail to the King Baby! Marth is here as a Legendary Hero and he carries with him the Hero-King monicker as well as the FIRE EMBLEM as a shield. Eddie and Ryan break down what makes the newest hero tick, as well as look at the upcoming 2.9 update. For…