Ryan has a few updates for the listeners, including his dark dive in to the Genealogy Banner… Many orbs were lost… Alongside that, he made a discovery that most will find quite surprising to hear. Eddie and Ryan both have thoughts on the expanded Tap Battle, as well as the changes to the Rival Domains/Grand Conquest battle system. In the news, we go over the newly announced Special Hero Banner: Bridal Bloom. While we will only get one Groom Hero out of the Tempest Trial later this month, there are three new brides to add to your army next week. Finally, we close out the show with a Tempest Trials fuelled Speculation Corner, then a Summoner’s Focus on Berkut (which is not a type of nut). 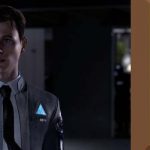 This week, Ryan continues his adventures through Warmind, the new Destiny 2 expansion. That being said, I'm not sure how much more we can scrap out of that one folks... The Year 2 content can't get revealed soon enough. Both Jocelyn and Ryan checked out the demo for Detroit: Become… 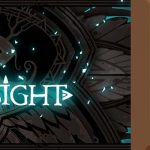 Ryan has finally finished God of War, so we put our Norse mythology hats on and have one more spoiler-free conversation. In between sessions of throwing an axe at unsuspecting enemies, Ryan also got a chance to check out Omensight. If you recall our chats about Stories: Path of Destinies,…