A very sick Ryan keeps the show going with Eddie as they chat about the recent Legendary Lyn banner, the new Grand Hero Battle with Male Kana, and finally go through the huge May update that was announced. Both Ryan and Eddie were able to summon Legendary Lyn, but their stories almost seem reversed from previous Legendary banners. We forgo the normal episode structure to focus on all the new stuff coming in the May update. The massive quality of life update includes changes to: Arena, Weapon Refinery, Tap Battle, Rival Domains, a new Tutorial, and updates for new players. Whew! That’s a lot of new stuff, all dropping after the May 8th maintenance. 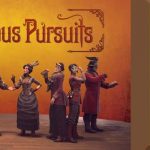 It's a cold medicine in your coffee type of week as Joce and Ryan gather to talk about the latest games they're playing. Ryan continues his Father and Son adventures in God of War (Kayden isn't playing with him, so save your emails). He also jumps back in to Hearthstone… 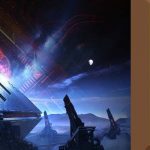 Jocelyn transports us to a whole new rogue-like game called City of Brass, a first person procedurally generated game where you seek treasure in a city once buried under the sand. Ryan ventures back in to Destiny after a five month hiatus to check out Warmind, the latest "expansion" for…