Book V has arrived and we were so exited we delayed the recording to chat about it! Reginn and “more” join Fire Emblem Heroes, bringing more from the world of Sacred Stones. We also go over the Book V celebrations, Aether Raid changes, and Summoning Screen improvements detailed in the new FEH Channel. Finally, we close out the show with the Outrealm Gate, where we’ve both received our Fire Emblem 30th Anniversary Collectors Editions that include a bunch of goodies including a localized download of Shadow Dragon and the Blade of Light.

Extra Life is back and Summoner’s Call is looking for your assistance in supporting Children’s Miracle Network Hospitals. We have some special bonuses for listeners that donate to Ryan from The Gamers’ Inn Extra Life team. Anyone who donates $10 or more to our Extra Life campaign will be able to vote for our first 2021 Game Club! This year we want donors to choose which route of Fire Emblem Three Houses we will play, and multiple donations will be accepted for multiple votes. Game Club donations will be taken until December 31st. The next event will be our TGI Holiday Extra Life Party on December 18th, starting at 8 PM ET on twitch.tv/RyanMurphyCA and twitch.tv/JocePlays. We’ll be playing holiday flavoured games to celebrate the end of our Extra Life campaign! 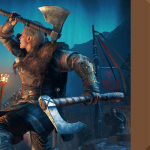 Jocelyn's Xbox Series X was not a mirage (or a box filled with rocks), so she was able to jump into Assassin's Creed Valhalla on the next gen system. We talk a whole bunch about the new viking adventure, so get your raiding axes ready. Afterwards, we wrap up our… 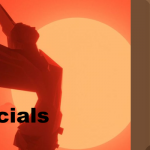 Joce and Ryan delay their recording this week to chat all about The Game Awards 2020! There were plenty of game announcements to get excited about, including creepy Vin Diesel AND a new Mass Effect. Also Perfect Dark is back! Some fun surprises, some cool indie games, and a few…