To match the Pirates Special Banner, we now have a Ninja Special Banner! (Pirates vs Ninja voting gauntlet when?) This new special banner was featured on the latest FEH Channel, that also highlighted the current Version Update and an upcoming event called Auto Chess… I MEAN Pawns of Loki. That new event starts on November 11th. We continue our Game Club fun in Blazing Blade, then provide more details on our upcoming A Very Fire Emblem Extra Life.

Extra Life is back and Summoner’s Call is looking for your assistance in supporting Children’s Miracle Network Hospitals. We have some special bonuses for listeners that donate to Ryan from The Gamers’ Inn Extra Life team. Anyone who donates $10 or more to our Extra Life campaign will be able to vote for our first 2021 Game Club! This year we want donors to choose which route of Fire Emblem Three Houses we will play, and multiple donations will be accepted for multiple votes. Game Club donations will be taken until December 31st. The next event will be A Very Fire Emblem Extra Life on November 28th, starting at 8 PM ET on twitch.tv/RyanMurphyCA. We’ll be starting with a FEH State of the Game Discussion, followed by Jackbox Games and Deep Rock Galactic! 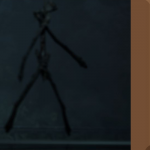 Both Ryan and Jocelyn played and finished Little Hope through co-op. We actually streamed the whole thing and you can check it out if you'd like (Ryan's Perspective / Joce's Perspective). We spend the first chunk of the show sharing our thoughts on the first 3/4 of the game and… 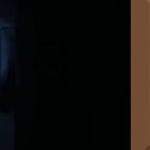 With our official Extra Life Game Day behind us, we go over the successes from the day where we managed to raise $4500 to date as a team! We relive our experiences in Phasmophobia thanks the lovely community helping us hit our $1500 raised for each of us. Then we…