This week we return with all the details about the new Three Houses banner (which brought up some Seteth meme chatter) as well as Chapter Three of Game Club. We also discuss the newly announced Resplendent Hero and his connection to the surprising news that dropped this week…

TGI 440 - The Haunting of VR Headsets 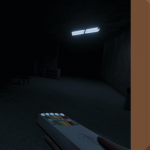 After some deep thoughts about how old TGI is, we get down to business with more Genshin Impact. Jocelyn has been playing Phasmophobia by proxy and is getting ready to jump in herself (and possibly bringing Ryan along for Extra Life). We muse a bit about what it would take…

TGI 441 - Respect Your Sanity (And Your Matches) 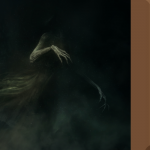 Ryan played a bunch of Amnesia Rebirth, the brand new horror game from Frictional Games. He also streamed the first three hours, so be sure to check that out! Ryan has also officially played more Minecraft in Super Smash Bros. Ultimate than he has played Minecraft in Minecraft. That's right,…