This week things get spooky, and educational, as we discuss the new batch of Harvest (pronounced Halloween) units added to the game. We also discuss the new resplendent hero announced and start into Fire Emblem, now known as Fire Emblem: The Blazing Blade. 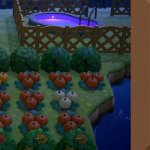 Jocelyn and Ryan return to their Animal Crossing island, and after consoling their distraught villagers, they start decorating for HALLOWEEN! Continuing the Nintendo trend, both inn keepers have been running through Super Mario Bros. 35, and offer some pointers to new players. Finally, in what we're playing, Ryan picked up… 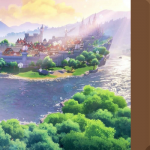 After the Thanksgiving long weekend, Jocelyn and Ryan return to discuss their long weekend and their daily return to Animal Crossing during the Halloween event. Jocelyn backed that Frostpunk board game Kickstarter. Ryan followed the Discord's passion for Genshin Impact and dove into the free-to-play BOTW-like. Moving into the news,…