Avast, ye landlubbers, a new FEH Channel has sailed into port… mere hours AFTER we recorded this week’s episode, so we will not be covering it this week. But keep an eye out for such amazing predictions as (not exact quotes) Hero Fests returning and a FEH Channel sometime in August. Our friends from Two Lords Without Swords did cover the FEH Channel and we have worked with them to give you the audio of their discussion of it so you can have the info in a timely manner. On the next Summoner’s Call we will discuss some of those details (including the Special Heroes).

However join us this week as we have a Hel of a time with the new Mythic Hero as well as discussing some of the news about the next update. A quick mention of the Three Houses Anniversary stuff around the net and then we hop into Chapter 2 of Cindered Shadows where we meet the church representative to Abyss after fighting off waves of mercenaries. 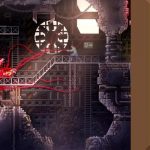 Fresh off the Xbox Games Showcase from last week, we have some more to discuss when it comes to the recent showing and the Xbox One. Moving into games, Ryan has been playing Carrion which is a brand new reverse horror game on Xbox Game Pass. Also, both Ryan and… 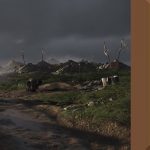 This week we have Crofton Steers jumping into the co-host chair with Ryan to discuss their adventures (past and present) in Ring Fit Adventure. Crofton has been enjoying Ghost of Tsushima on PlayStation 4. Plus Ryan continues his journey to Destroy All Humans, 15 years later. In the news, we…