Another short episode this week, but we do have Legendary Seliph to discuss as well as the new update. We cover a bit of speculation on the new summer banner a mere few hours before the trailer comes out. Game Club goes on hiatus until July 26th where we will be starting Cindered Shadows in honor of the one year anniversary of Three Houses. 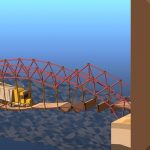 We've got more spoiler-free thoughts on The Last of Us Part II as Ryan has wrapped up the PlayStation 4 epic. Plans are underway for a spoilercast for some time in July, so stay tuned! Ryan also jumped back on board with Apple Arcade and has been playing Little Orpheus,… 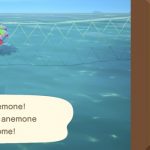 Ryan and Jocelyn beat the heat by diving into the new Animal Crossing update. Jocelyn continues to enjoy Civilization VI and the New Frontier Pass, while Ryan takes a bite out of Cook, Serve, Delicious 3. In the news, we couldn't resist in talking about the launch date for Horizon…