Manny and Joce are back covering all the news from PAX East this week, along with some Alpha news, the remote auction house closing, Mionelol soloing a M15+ dungeon, as well as dates, dates, dates! Continuing on from Vol’jin last week, they cover the lore of the Zandalari before moving into this week’s Community Resource, Trade Skill Master. Spoiler alert, this resource is not for the faint of heart. Finally, they take a listener question about the best resources to use as a transmog collector.

Build 26367 was pushed earlier this week

With the remote Auction House going away, and with BFA around the corner, we thought it was timely to talk about Trade Skill Master, an addon suite designed to help both casual gold makers as well as experienced auction house goblins streamline their gold-making processes including everything from crafting things to buying mats to snatch (dealfinding) lists to creating and canceling auctions. 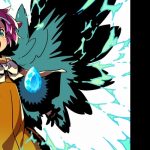 Eddie and Ryan are here to talk about the latest Voting Gauntlet, which pits the bunnies from last year against this years batch. Continuing our FEH Basics series we take a crack at Active Skills. In the Speculation Corner we try to guess what surprises are in store for the… 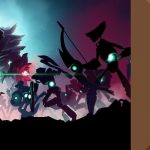 With new games to talk about, and plenty of news in the doc, we have a bonus length Gamers' Inn for you! Kicking things off, we return to Hope County to liberate the south-western region from John in Far Cry 5. While Joce and Ryan continue to enjoy the open…