The Uncharted franchise offered some of the best action and story in video games you could experience on the last generation of consoles. The series served as a prime reason to pick up a PlayStation 3, it’s what pushed me into the purchase. Whether it was the gun play, climbing, set pieces, character interactions, or Indiana Jones inspired stories, it was easy to get hooked on these games. Which is why it’s awesome to see that the Nathan Drake Collection has successfully brought Drake’s Fortune, Among Thieves, and Drake’s Deception to the PlayStation 4 for both fans and newcomers to the franchise. 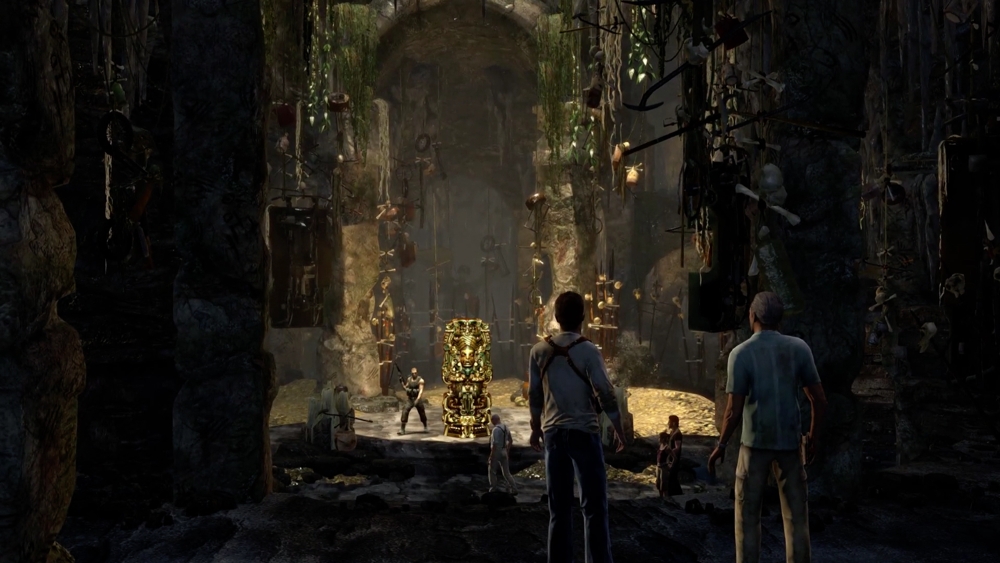 Uncharted: The Nathan Drake Collection is the best way to play the Uncharted franchise, hands down. All three games have been beautifully remastered in 1080p with a solid 60 fps. Improvements made to later games in the franchise have been implemented across the collection. Remember the odd motion control mechanics for crossing logs and throwing grenades in the first Uncharted? Gone! These unifications help bring the collection closer together and allow a nearly ten year old franchise to hold up to today’s gaming standards. As remasters go, this one certainly bumps up the visuals on all three games. You may second guess how good they look, but when you revisit the first title on PS3 after playing on PS4, it’s a very welcome upgrade.

Never played an Uncharted game? It shouldn’t really surprise people to hear that the Uncharted Collection could very well be a gamer’s first steps as Nathan Drake. Which is why if you’re a fan of action, adventure, and Nolan North (voice of Nathan Drake), this game needs to be in your PS4 library. Being a review for a remastered collection, I’ve mainly focused on the remastering effort as opposed to the the actual games, but let’s quickly break it down for new players. 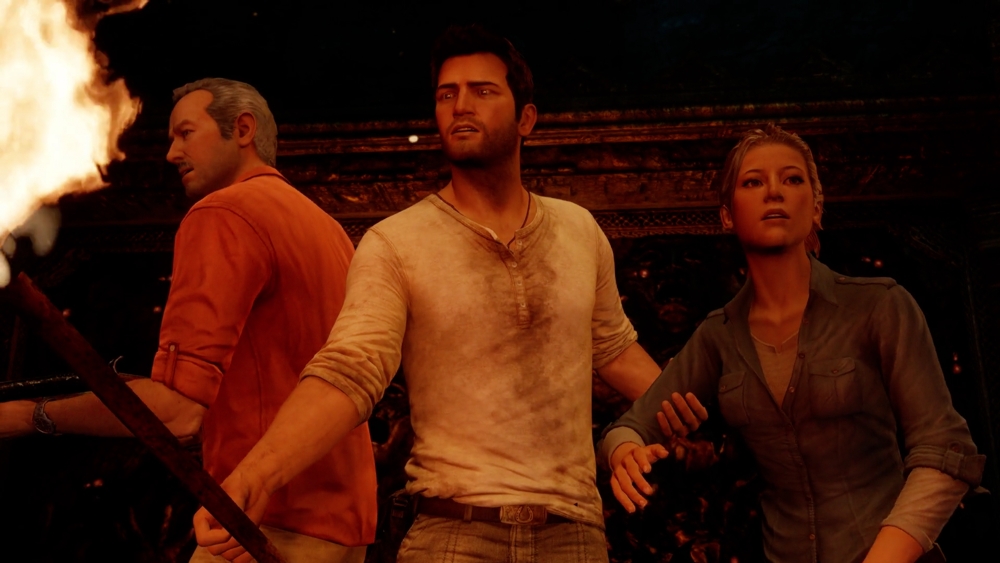 Sully, Nate and Elena prepare for the next wave of foes.

Nathan Drake is a wise cracking treasure hunter who always has a witty remark, even when no one is around to hear it. He’s usually accompanied by his good pal and mentor Victor Sullivan, or Sully. Together they traverse the globe finding treasures for clients or themselves to keep income rolling in. The adventures they get into often involve running, shooting, jumping, climbing, and the odd curse or two. Elena Fisher is a reporter following Nathan on his quest for Sir Francis Drake’s lost treasure in the first Uncharted and is a mainstay throughout the franchise. The way these three characters interact with each other over the course of the series is one of the top highlights of Uncharted. The banter between them in different scenes truly showcases some of the best writing in video games.

Gameplay consists of three types: Traversal, Combat, and Set Pieces. Traversal segments are made up of running, jumping, and climbing. Getting from Point A to Point B is the goal, even when getting to Point B involves scaling the outside of a huge fortress. Combat is broken down into gun play and hand-to-hand. The gun play is pretty consistent across the franchise, but the developers overhauled the hand-to-hand combat with each title. When you get to Uncharted 3 the entire first level showcases the new beat em up features, with grapples, environment interaction, and counters. Finally there’s Set Pieces which are usually a mix of traversal and combat, surrounded by some sort of epic moment. As an example, in Uncharted 2 while trying to escape Lazarević’s men, Nate and Chloe come across a pesky helicopter that chases them throughout the level. It even sees fit to take down the hotel you’re in which forces you to jump out of the building as it collapses into another. It’s what I and Nathan Drake like to refer to as a “CRAP! CRAP! CRAP! CRAP!” moment.

Missing Piece of the Puzzle

While playing through Uncharted: The Nathan Drake Collection there was only one negative that kept nagging at me. Where are the behind the scenes features? The celebration of a franchise? This may not be a complaint for most gamers, but for me, it’s nice to peek behind the curtain and learn more about development. One of my favourite collections that came out this year was Rare Replay on Xbox One. It offered incentives to play through Rare classics as a way to unlock behind the scenes videos. I would have loved to get developer insight on what makes the franchise tick, but unfortunately we’re limited to the original games’ bonus unlocks which are nothing more than concept art galleries. It’s not a deal breaker, but a disappointment worth mentioning. 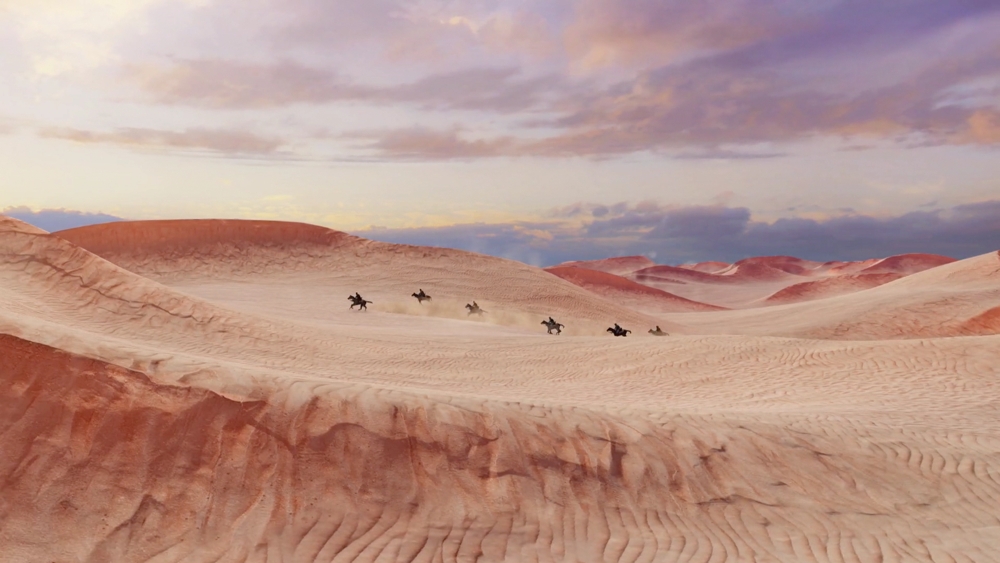 No bonus features to be found, but the desert level in Uncharted 3 looks GOOD.

New to Uncharted: If you’re new to the franchise, this is the perfect place to start. With Uncharted 4 arriving in March 2016 it’s a great time to pick up The Nathan Drake Collection.

Uncharted Veteran: As someone who played through each Uncharted as they were released on the PlayStation 3, it would be an understatement to say I am excited about Uncharted 4. Playing through these titles in their beautifully remastered state has been a great way to make the wait for March 2016 a bit easier.

Bottom Line: Remastered versions of popular franchises can be hit or miss. There are many ways to do it, but I think Uncharted: The Nathan Drake Collection sets a high bar going forward for these types of collections. This remastering offers gamers the best way to catch up on or re-familiarize themselves with the adventures of Nathan Drake, with its upgraded visuals for all the main entries in the franchise. Uncharted: The Nathan Drake Collection is an excellent package of great games made better on the PlayStation 4, a treasure worth keeping in your video game library.

Uncharted: The Nathan Drake Collection was reviewed using a final copy of the game provided by Sony.