Jocelyn was able to get her Xbox Series X order in, but the quest was not an easy one, and some have her convinced it’s an empty box? We shall see next week! While Joce waits for her Xbox, she has started her adventures in the Shadowlands for the new World of Warcraft expansion. Ryan promises to join her soon, but has been busy with Miles Morales and Bugsnax. That’s right, we’re talking about MORE Bugsnax! (Joce’s Note: BUNGER, BUNGER, BUNGER, BUNGER)

In the news, Apple will reduce their cut to 15% for developers that make less than one million dollars annually, Hitman developer IO Interactive is working on a 007 game, and Fortnite is getting a subscription service in December.

Extra Life is back and The Gamers’ Inn will be embarking on an epic journey to play video games in support of Children’s Miracle Network Hospitals. Check out our team and get more information on the event. Donations will be accepted until December 31st, and we have plenty of fun planned! The next event will be A Very Fire Emblem Extra Life on November 28th, starting at 8 PM ET on twitch.tv/RyanMurphyCA. We’ll be starting with a FEH State of the Game Discussion, followed by Jackbox Games and Deep Rock Galactic! 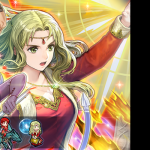 After a few slower weeks we come back with quite a bit to talk about as Book IV comes to a close with a new Binding Blade banner. We also go over the Black Friday “Celebration” and hop back into Blazing Blade for Chapter 7. DiscussionStart - FEH45:00 - Blazing… 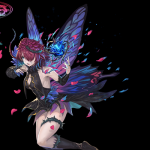 Since we have our special State of FEH episode this week in support of Extra Life, we won't have a normal Summoner's Call this week. But that didn't stop us from taking the time to discuss the new Mythic Heroes with the Two Lords Without Swords cast! Please enjoy this…