TGI 441 – Respect Your Sanity (And Your Matches)

Ryan played a bunch of Amnesia Rebirth, the brand new horror game from Frictional Games. He also streamed the first three hours, so be sure to check that out! Ryan has also officially played more Minecraft in Super Smash Bros. Ultimate than he has played Minecraft in Minecraft. That’s right, Steve and company are here as DLC for Smash! We have a bunch of news this week which includes our first look at Tom Holland as Nathan Drake, Google wants you to know they don’t agree with that Alex guy, Facebook is launching a casual cloud gaming service, Netflix is making a live-action Assassin’s Creed series, and Cyberpunk 2077 has been delayed to December 10th.

Extra Life is back and The Gamers’ Inn will be embarking on an epic journey to play video games in support of Children’s Miracle Network Hospitals. Check out our team and get more information on the event. Donations will be accepted until December 31st, and we have plenty of fun planned! 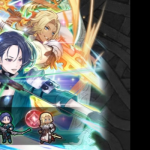 This week we return with all the details about the new Three Houses banner (which brought up some Seteth meme chatter) as well as Chapter Three of Game Club. We also discuss the newly announced Resplendent Hero and his connection to the surprising news that dropped this week… DiscussionStart -… 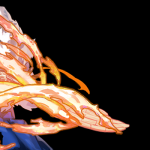 This week we return with the new Legendary Hero to discuss as well as the next chapter of Blazing Blade for Game Club. We also have a last minute game update preview to go over with the finale of Book IV being announced. DiscussionStart - FEH25:16 - Blazing Blade Game…