Josh “The JDC” Cook joins Ryan on the show to chat about Mass Effect: Andromeda, Persona 5, and a little bit of Yooka-Laylee. First up Ryan gives an update on A New Frontier with Episode 3 launching this last week, followed by some more Andromeda talk focusing on the early story and characters. Then we get into the main event, Persona 5. Josh breaks down the style, story, gameplay, and  many other aspects of the game. If you’re looking for an intro crash course on the title, these are details you’re looking for. Finally we close out the show with the breaking news that Nintendo will discontinue the NES Classic Mini after shipments in April and a quick chat on why the internet hates that you’re playing non-perfect games. 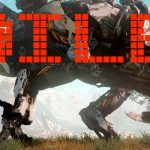 While Ryan is away, Jocelyn brings Matt Forcum back on the show to spoil every nook and cranny in Horizon: Zero Dawn. BEWARE folks! If you have not finished Horizon you will want to save this episode for later. There is over two hours of spoiler goodness. You have been warned.… 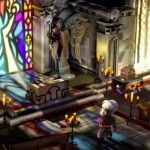 The innkeepers return and Joce brings along with her a brand new game: The Sexy Brutale. After we chat about how to pronounce "Brutale" we move over to more Mass Effect: Andromeda and Yooka-Laylee. We close out the show with a bit of news about game developers getting upset with…