On this heavy episode of The Gamers’ Inn Jocelyn and Ryan discuss Papo & Yo, the Phil Fish debacle, and touch on the FemFreq video series. Ryan gave the new BioShock Infinite DLC a shot, as well as EarthBound on the Wii U. Our topic this week revolved around the recent drama surrounding Phil Fish and his cancellation of Fez II. Discussion then moved towards discussing Anita Sarkeesian and her experiences with internet bullying. On a lighter note, we gave away our copy of Defiance! Also you still have time to enter a contest for Tomb Raider by purchasing the Gamers’ Inn T-Shirt on SlashLoot. 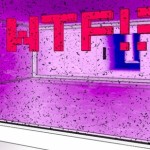 This week on The Gamers' Inn we're doing things a little different, due to the Steam sale Jocelyn and Ryan played a BUNCH of games, so no topic this week, just GAMES! Jocelyn and Ryan both played some Defiance last weekend (which you can watch over on YouTube here and… 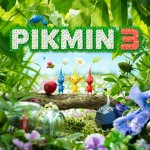 On August 4th the wait was finally over… Nintendo's struggling Wii U has FINALLY received a title worth waiting for: Pikmin 3. The sequel we're seeing comes nine years after Pikmin 2, but the wait between the "Launch Window" and now seems much longer than the nearly full decade without…