This week on The Gamers’ Inn we’re doing things a little different, due to the Steam sale Jocelyn and Ryan played a BUNCH of games, so no topic this week, just GAMES! Jocelyn and Ryan both played some Defiance last weekend (which you can watch over on YouTube here and here). Other than a few issues they both enjoyed the game. Jocelyn has been losing her mind in Antichamber as well as playing the AI in DOTA 2. Ryan lost a bunch of bells in Animal Crossing, enjoyed his time in Civ V: Brave New World due to the lack of Gandhi, and finally finished off Remember Me.

As we said on the show we had a blast with Defiance, but could be even more fun if you joined us! We’ll be giving away a copy of Defiance to whoever gives us the best caption attached to a screengrab from last weeks episode (we’ll be supplying a few screengrabs if you can’t find one yourself). Deadline is August 2nd!

One more contest for you folks, if you buy a Gamers’ Inn T-Shirt from SlashLoot before August 9th you’ll be entered into a draw for Tomb Raider on Steam.

Episode 82 - What Would Wentzel Do? 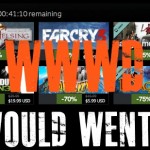 We're nearing the end of the Steam sale and on The Gamers' Inn we're going through our awesome pile of games for fun and giveaways! Jocelyn has been trying not to die in Don't Starve while killing all the heathens in Babel Rising. Ryan feels like Animal Crossing is more of… 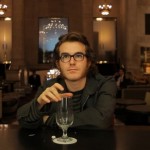 On this heavy episode of The Gamers' Inn Jocelyn and Ryan discuss Papo & Yo, the Phil Fish debacle, and touch on the FemFreq video series. Ryan gave the new BioShock Infinite DLC a shot, as well as EarthBound on the Wii U. Our topic this week revolved around the…