E3 is coming up super fast, so here’s a quick Gamers’ Inn to tide you over! Jocelyn has been playing some games that make her angry (Age of Empires 3 and SimCity) while Ryan completed The Swapper. Also as a special treat Ryan gives us an early impression of Free Play, and there’s a sneak peak in there for you too! Our topic this week revolves around the newly announced policies for the Xbox One on Always On, Used Games, and the new Kinect. 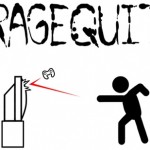 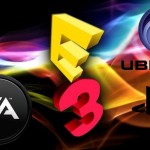 Scott Johnson joins us on The Gamers' Inn to talk all the things from the big E3 press conferences. Jocelyn, Ryan and Scott chat about what Microsoft, EA, Ubisoft, and Sony had to show. Tune in on our normal time this Friday where we wrap up our E3 talk with…