This week on The Gamers’ Inn Ryan shows off his Luigi’s Mansion commission that Joel Duggan drew for him and Jocelyn describes her first jump into League of Legends. Ryan also educates us on the beginning of the Year of Donkey Kong with Mario and Donkey Kong: Minis March Again and Donkey Kong Country Returns 3D. Finally, Ryan gives a quick nod to The Swapper on PC, which is part Dead Space, part 2D Metroid, and part Portal. Our topic this week revolves around an interview with Susan O’Connor (writer of Bioshock and Tomb Raider) where she has become fed up with the limitations of telling stories in video games.

Quick Fire News
Sony President and CEO Confirms PS4 is a Game Console
The Xbox is all about games too guys!
Naughty Dog Will Use Existing Engine for PS4
Public Hearings into the debt of 38 Studios begin
Blizzard May Have Hit Reset on Titan
EA begins to removed online passes
What’s Inside the Cube Revealed!
EA shows their support of LGBT Issues 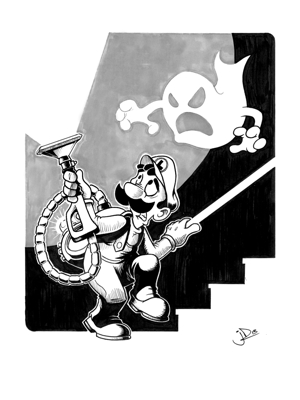