The Gamers’ Inn is back for it’s second episode of the week featuring more Gears, more WoW, and more Xbox! Ryan played through Gears of War Judgement and liked it better than the other March prequel, God War Ascension. Jocelyn has been consumed by WoW and patch 5.3. Our topic of the week continues with the Xbox One talk we started on Tuesday, focusing on the new tidbits of info released about avatar support, multiple OS’s, backwards compatibility and of course used games. Finally we announced our first E3 special that will be recorded June 10th after the Sony conference, less than 16 days away!

Quick Fire
Nintendo Direct for E3 Gets a Date
EA Engineer states the WiiU is Crap
EA Plans to Support Current Gen Through 2017
OUYA – The people’s console
Try Defiance for Free This Weekend
More features are coming back to SimCity
38 Studios Preparing to Sell Off IP
We have even more proof people! 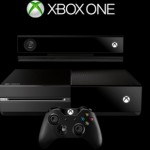 Today at 1 PM Eastern Microsoft unveiled their new console named Xbox One. After the presentation Jocelyn and Ryan jumped on Skype to give you their thoughts on the reveal event. Do we like the new Kinect features? What about the name? Where are all the GAMES?!? Listen and find… 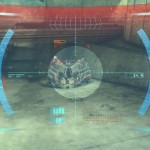