This week on The Gamers’ Inn Jocelyn is away, so Ryan is hosting with special guest Joel Duggan from Starcrossed Online! In What We’re Playing we revisit some old favourites as Joel is catching up on the Mass Effect series and enjoying Transformers: War For Cybertron. Now, the elephant in the room, Wii U. Ryan picked it up on Sunday and he gives his first impression of the system and three launch titles: NintendoLand, New Super Mario Bros. U, and ZombiU.

For Topic of the Week Ryan and Joel cover animation in video games. Joel is a cartoonist and worked for 6 years in TV animation, and has some things to say on the topic. While we do point out some bad eggs there are definitely some shining examples of how to do animation correctly in video games, so be sure to listen! 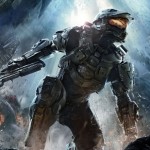 This week on The Gamers' Inn we're joined by Angus McQuarrie from 343 Industries to talk Halo 4! We start off the show by asking Angus a few questions about how he got started in the industry, why he loves Halo so much, and what it's like to work on… 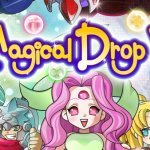 Puzzle games like Tetris, Dr. Mario, or Bejeweled, have been the forefront of the genre since its conception. Other lesser titles like Dr. Robotnics Mean Bean Machine, Puzzle Quest, and Bust-a-Move have attempted to have major roles in the puzzle genre.  The puzzle genre is very competitive, but extremely profitable…