After a discussion of The Gamers’ Inn teams plans for this year’s Extra Life event, we jump right in to Ryan’s tutorial on how to play Rock Band without expensive plastic instruments. He’s also having fun with New Super Mario Bros. 2 on the 3DS. Jocelyn is still playing the crap out of WoW, which gets smooshed together with some Guild Wars 2 talk.

Inspired by the Apple announcement this week, Gamers’ Inn discusses new Apple hardware and the rise of mobile gaming in this week’s Topic of the Week.

Special thanks to the hosts of The Citadel Cafe for the intro music this week! Also be sure to check out The Gamers’ Inn Extra Life team page at bit.ly/tgiextralife. Support us in our pledge to play 24 hours of video games for Children’s Miracle Network Hospitals.

EA was looking to buy Valve…

Nintendo WiiU to be unveiled tomorrow

September 7, 2012 Lou 0
(Penny Pinching & Barrel Scraping is writer Lou Page’s column on low-cost indie games, bargain bin discoveries, and free games. These are not reviews, but looks at hidden gems that readers may have missed in our ever broadening market of video games. You can find Lou at @BusyZombieLord on Twitter.) NASA seems…

Episode 40 - Wrath of the Lick King 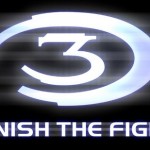 The Gamers' Inn is back this week with a continuation of Road to Halo 4 with a focus on Halo 3! Before that Ryan discusses his reasoning behind preordering the Wii U as well as a discussion on the Kirby 20th Anniversary Collection for Wii. Yah... He kept it pretty…