With Jocelyn out of town Ryan takes over hosting duties and brings along a few returning guests: Lou, from our PAX themed show in episode 17, and Paul, from way back in episode 3. Starting off with What We’re Playing Lou played Final Fantasy XIII and a cool free to play Zombie game on Android (our first Android mention on the show perhaps?). Paul played a little more Dungeon Defenders while he waits for Diablo III and joined Ryan in a discussion on Tribes Ascend. Finally Ryan gives us the low down on The Walking Dead by TellTale. After some Quick Fire News we jump into a topic submitted by Val, where she asks whether we normally play as Male of Female characters in games. Enjoy! 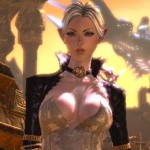 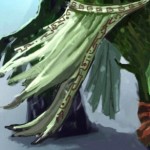 Jocelyn has returned from her week away from The Gamers' Inn and is ready to talk games! Starting things off Ryan discusses pledging to the Republique Kickstarter. With What We're Playing Jocelyn played more WoW and FINALLY picked up Darksiders, Ryan played the Hybrid Beta and Botanicula (what a weird…