We’re on the Nerdtacular 2015 schedule! Hope to see you in Utah at the end of July! Also Jocelyn played The Witcher 3 on PS4 and Ryan played Batman Arkham Knight on PC (more on that later). Our topic focuses on the new Batman game and how it’s being received on PC.

Note: Shortly after recording this episode it was announced that Warner Bros. had suspended all sales of the PC version for Batman Arkham Knight. 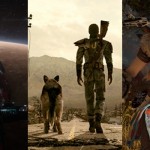 After a few crazy days of E3 press conference coverage with James and Josh, Ryan is joined by Jocelyn for a Gamers' Inn proper to recap ALL of E3. We cover the best of the best from Bethesda, Microsoft, EA, Ubisoft, Sony, Nintendo, Square Enix and Blizzard! It's an exciting… 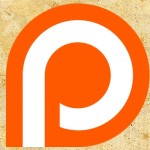 Our Mayish Patreon Hangout actually took place in June due to a scheduling issue, but it also debuts at our new time and day for Hangouts! From now on Patreon Hangouts will take place on the third Thursday of each month at 7 PM EST. That's one hour before Game…