This week we’re joined by the awesome French Canadian, Val! She recently picked up a PS4 and shares what it’s like to go from Dragon Age: Inquisition on Xbox 360 to the next generation. This is the first time at the inn where we’ve heard first hand what it’s like to experience cross generation games, and it’s not a whole lot of fun for old gen console owners. 🙁

Ryan gives first impressions on The Witcher 3, he’s 10 hours in and has scoured through the first zone on the game. While the combat and controls were wonky at first, he’s comfortable and ready to see where this fantasy epic story is going. If you’re shy about jumping into The Witcher series so late, don’t worry, it feels like a standalone experience and new comers are very welcome.

Game of Thrones once again resurfaces as Ryan played through Episode 3. The only unfortunate part is that it doesn’t fix the issues Jocelyn and Ryan have described in the past. More importantly though, this upcoming week is Splatoon week! Ryan will have new videos on his YouTube leading up to his review on The Gamers’ Inn website Wednesday at 10 AM EST. Following that, at 7 PM EST on Thursday (1 hour before Game Night), Ryan will be streaming Splatoon over on The Gamers’ Inn Twitch. Tune in and find out what makes this game so epic!

Finally, our Topic of the Week looks at Life is Strange – Episode 3. This is super SPOILERS in this segment, so skip if you’re interested in experiencing the game for yourself. Mid-July can’t come soon enough! 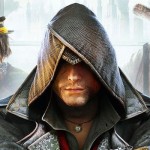 Welcome back to the Inn everyone, don't mind the mess though, we have the cleaners on their way to take care of all this ink... First up, Ryan concludes his thoughts on The Order: 1886 after finishing it before Jocelyn. That being said, Joce has an updated experience with the game to…

Splatoon: Worth The Mess 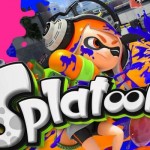 Nintendo needs new intellectual property to work with since they haven't explored uncharted territory after Pikmin on the GameCube. That can be debated from now until the mushrooms come home, but it is a fact that Nintendo hasn't touched one of the most popular genres in gaming: Online Shooters. Until…