A show for the ages where we close the book on one chapter of #JoceToLegend and start the next with #JoceVsTurps. Also Ryan went back in time and found a way to rent video games again with a service called Game Access, and it’s Canadian! As for what Ryan has been playing, he shares his experience with an RTS that is not Starcraft II, called Grey Goo. Developed by a company made up of past Command & Conquer developers this game has the presentation of Starcraft II’s campaign with a unique set of three races (two alien and the humans). If you’re interested, be sure to check out the intro missions to the Beta and Human campaign from Ryan’s YouTube (embedded below). Our topic this week is a SPOILER filled discussion of Game of Thrones, Episode 2 by TellTale. Jocelyn and Ryan were sad to report that the game just isn’t living up to what you’d expect from Game of Thrones, or even TellTale for that matter having LOVED Wolf Among Us. May be best to skip this one and check out Tales from the Borderlands. Special thanks to Lou for sending in an email on game reviews!

Contest: Thanks to awesome listener Jesper from Sweden, we have a Steam code for Tomb Raider to give away! Email us at info@gamersinnpodcast.com and tell us why you would LOVE to play this game. 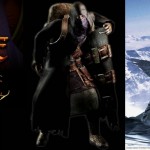 This week featured the listeners in the guest spot as Ryan took calls from the chat room. We had a lively conversation about many games not discussed at the Inn yet, so a huge thank you to all those that participated. We would love to do more of these, so… 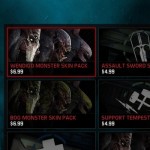 English-language speakers have a fundamental problem when trying to discuss anything: Invariably, one word will be used to mean two, three, or four different things. Just ask your local weather forecaster what they mean by rain – do they mean drizzle, a thunderstorm, horizontal rain? When I head to work…