Episode 133 – Subscription to Your Addiction

On a very tired episode of The Gamers’ Inn Ryan has some deals and Jocelyn has some MMO’s. First off Ryan breaks down how he nabbed The Last of Us Remastered for $30 and downloaded Walking Dead Season 2, Episode 1 for FREE on iOS. Jocelyn and Ryan are both still playing Hearthstone, enjoying the new plague quarter and class challenges. Jocelyn and the AIE guilds killed a whole bunch of Alliance in a leader kill run, then she winded down with some chat of Wildstar. Ryan wrapped up What We’re Playing with a recap of Thursdays Game Night of Marvel Heroes 2015.

For topic of the week Jocelyn and Ryan debate the new EA Access subscription. While both aren’t huge fans of it in the end, Ryan felt the need to cut EA some slack. Not many people seem to do that for them these days, including Sony.

You may or may not know, but each year around the end of October Gamers’ Inn has taken part in Extra Life. A 24 hour charity where the Gamers’ Inn team plays video games all day and night in the name of raising money for Children’s Hospitals around the world. Over the next few months we’ll be highlighting our plans for the big day and now we want to kick it off with a giveaway! Smite has sort of taken over our game time these last few months and the game will be taking over the remaining hours of our Extra Life stream. From 2 AM until the end we’ll be playing a Smite drinking game (responsibly) and we want your help coming up with rules! Send your idea for a Smite drinking game rule to info@gamersinnpodcast.com and you’ll be entered into a draw for Season 1 of The Wolf Among Us on Steam! 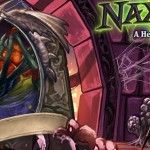 This week marks the triumphant return of Jocelyn as she recounts her month long absence that was filled with Hearthstone and The Wolf Among Us. Ryan finished up Valiant Hearts from last week and it brought a tear to his eye. As a palate cleanser he booted up Episode 4… 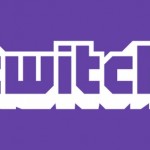 Over the past week Twitch has been having a rough time making some changes to their services. Jocelyn and Ryan break down the initial changes and how they changed with user feedback. Are these changes the cause of a possible Google buyout/fallout or is Twitch just trying REALLY hard to grow up? What…