Welcome to the call-in special of The Gamers’ Inn! Had a lot of fun hosting this episode with the listeners and we’ll definitely look at improving the concept in the future and give plenty of notice. Starting things off Ryan talked about his experience with A Story About My Uncle, an indie title he picked up in the Steam sale that has a Father telling his daughter about his adventures with his Uncle. Oh and did I mention his Uncle gave him a Tarzan swinging machine? No wonder his parents weren’t fond of him spending time with him… Another title Ryan talked about was Wolfenstein: The New Order, a Nazi killing game set in the 60’s where Germany won WWII.

Our call-in guests had a lot to say about what they were saying too! Josh from Any Key Gaming has been sending Kerbals to their doom in Kerbal Space Program. Lou from Zombies Ate My Podcast shared his side of the story from last weeks time with Nazi Zombie Army 2 and shed some light on his quest for infamy in Quest for Infamy, a new game inspired by old school point and click RPGs. Before heading off into the sunset both Josh and Lou give their spoiler free opinion on the season finale for Wolf Among Us (tune in next week for a spoiler filled discussion). Evan from Australia called in to chat about Sniper Elite V2, which went free on Steam for 24 hours a while back, to discuss killing Nazi’s but not Hitler (which is paid DLC for some reason). Evan also shares his obsession with the new Dragon Age: Inquisition videos that Bioware has been releasing and is eagerly counting down the days until its October release. Near the end of the show Jocelyn calls in to give us an idea of what we missed at Nerdtacular 2014 and how she played Hearthstone for 16 hours while traveling. Our final guest Hog Hunter pops in to chat some more Hearthstone with Jocelyn and they use big magical words that confuse Ryan.

Thanks to all our guests and listeners for allowing us to perform this experiment. Note that there are some technical difficulties that I did my best to edit out, in the future we’ll be sure to iron them out. Thanks for understanding! If you want to see more of these specials be sure to let us know! 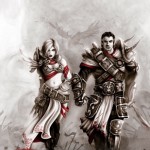 This the week of Nerdtacular Jocelyn is in Utah and Ryan holds the fort with the help of Josh from Any Key Gaming. Josh has been keeping busy with Divinity: Original Sin and The Forest, which prompts a great conversation about the difficulty of games. Also how awesome are indies,… 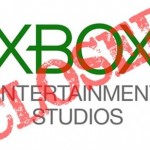