It’s a next generation edition of The Gamers’ Inn as we welcome back Todd the Warcrusher to talk Xbox One and PS4! Jocelyn got her new 3DS and has been jumping into a few of Nintendo titles, including A Link Between Worlds and Animal Crossing. She also booted up Gone Home and will have more to say next week once she’s farther into the title. Todd picked up an Xbox One, but we’ll get to that later, and a PS4 where he’s been playing Knack, CoD: Ghosts and Assassin’s Creed IV. In our topic we cover all things Xbox One where Todd has been yelling at his Kinect and playing Dead Rising 3 and Need for Speed Rivals.

Episode 100 - Not Wearing My Spoiler Pants 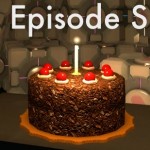 This week The Gamers' Inn is celebrating 100 EPISODES! Before we take a look back we discuss Jocelyn's 3DS XL being stuck in transit and Ryan finished Episode 1 of Burial at Sea. Look forward to a spoiler talk when Jocelyn finishes the DLC, very soon! Moving on to our… 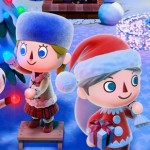 The festive season is here and we begin by discussing Nintendo properties with delight, from both co-hosts! Jocelyn and Ryan are enjoying A Link Between Worlds and it's fresh take on Zelda. Jocelyn started her town over in Animal Crossing and has a few bones to pick with Ryan, evidently…