Thank you to Intelligent Systems who let us know Summoner’s Call is the real deal! Shortly after recording last week the developers behind our favourite mobile game dropped some news detailing the next update. But before Ryan and Eddie break it down, we go over our time in the game over the last seven days. This includes the conclusion to our long standing nightmare with the Love Abounds banner. We throw around some speculation on the new March 9th banner. There is a tease for a new segment focusing on individual heroes, which will cover lore, strategy, builds, and even memes. Send you suggestions in so we know where best to start. Finally, Outrealm Gate makes it’s first real appearance with some chat about Fire Emblem Warriors. 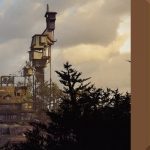 In Streaming Adventures, Ryan has achieved Twitch Affiliate status! Whoo! Ryan ended up streaming Minecraft this week and had a surprisingly good time. Consider that skeptic converted. Also, Ryan played through What Remains of Edith Finch, and does his best to dance around spoilers for the sub 2 hour game.… 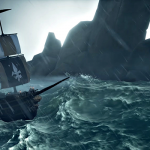 A'hoy Mateys! Ye be enterin' dangerous waters, so you best not be doing so alone! Join Jocelyn and Siv for the next six weeks as they tell you all you need to know about Sea of Thieves, the ultimate online, multiplayer, PvP pirate experience. Siv is back after having his…