Episode 147 – Stark Comparison of the Forrestors

On a special Sunday edition of The Gamers’ Inn, Jocelyn and Ryan spoiler tackle the new Telltale series based on Game of Thrones. Before the spoilers fly though, Jocelyn tells us of her adventures in Ashran world PVP and GvG in the Hearthstone arena. Ryan shares how awesome Dragon Age Inquisition multiplayer is, but how not so awesome the Gender Bug is when it comes to scraping a 30 hour campaign. Also I Am Bread…

If you haven’t played the first episode of Game of Thrones from Telltale and don’t want to be spoiled, best to come back to the later half of this episode. That being said, Jocelyn and Ryan spoil everything about Iron from Ice and in the end aren’t too thrilled with this first stab by Telltale. Hopefully episode 2 fixes a few of the issues we had.

Want to get a taste of Iron from Ice? Check out Ryan’s first 40 minutes on YouTube! 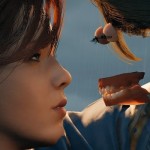 Another week races by as Jocelyn and Ryan try to get some more time in with November's recent releases! Jocelyn dinged 100 and has been having a blast in the Warlords of Draenor expansion. Ryan shows off his three amigos, I mean amiibo, and fills us all in on Nintendo's… 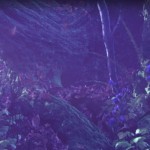 Only a few more episodes remain in 2014, so what games are Ryan and Jocelyn playing? Ones that make them sound like horrible people of course! Ryan has been processing people through the border crossing of Arstotzka again, this time on iPad. Jocelyn is seeking out every Night Elf in Draenor…