Jocelyn and Ryan have been in the habit of breaking time with the new game Quantum Break on Xbox One. Ryan has also been experimenting with Nintendo’s first smart phone app Miitomo, while Joce gave the Sims 4 another shot. While What We’re Playing lacked Blizzard titles, our topic of the week and listener feedback is chuck full of it! In the news, BlizzCon 2016 is official and a new Tracer pose is here to combat Buttgate.

To give our Patreon supporters and those still thinking about hitting the pledge button, Jocelyn and Ryan will be producing a beta episode of our $150/Episode milestone, Inn-Side the Game. The game we’ll be covering will be Quantum Break and expect to release the episode later this month. 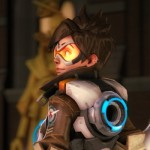 Jocelyn returns this week to give her opinions on Pony Island, while Ryan has FINALLY finished The Witcher 3. Alongside announcing the Amove TV convention CreateCon, Joce and Ryan weigh in on the recent decision by Blizzard to remove one of Tracer's victory poses in what the internet is referring… 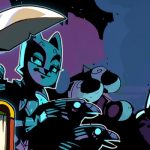