A whole bunch of stuff to break down this week, starting off with the new hereos added in the Wings of Fate Banner. We have our first Kinshi Knight with Hinoka! There’s also a new story chapter to go with the banner, advancing the story quite a bit, which has Eddie thinking ahead in the Speculation Corner. Golden Week started today, so we go over the six ways Intelligent Systems is celebrating. Much to Ryan’s surprise, we have our new Legendary Hero announced, which is LYN! How does everyone feel about the fifth version of Lyn? How about this being the first coloured bow hero? You’ll have to tune in to find out!

Manny and Joce cover all your Alpha news, Blizzard Balance gifting, the lore of Lady Liadrin, and wrap up their auction house add-on series with Auctioneer. New Alpha Build Dark Iron Dwarves and Mag’har Orcs are available Introduction quests are now available for testing in Kul’Tiras and Zandalar 4 New… 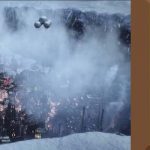 Spring is in the air, but winter is still alive and well in our video games. Ryan goes on a Norse adventure alongside Kratos in God of War, while Jocelyn keeps the heat on in Frostpunk. In the news, Netflix gives us more details on their new The Witcher series,…