This week Joce and Manny cover the new Battle For Azeroth Alpha news from the latest update, as well as the upcoming Arena Spring Championships, and Blizzard’s upcoming appearance at PAX East. They then finish the story of Warchief Vol’jin, as he begins to openly oppose Warchief Garrosh until his untimely death at the hands of the Legion. Finally, Joce and Manny take a look at Raidbots, a way to sim your character without running a program locally. They finish up with a couple of emails about the whispers of Il’gynoth in the Emerald Nightmare raid, and what that might mean in Battle for Azeroth.

Raidbots is a website which allows you to run sims to determine a number of things for your character. 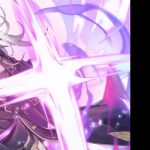 A few days late, but Eddie and Ryan are here to break down the latest and greatest for Fire Emblem Heroes. This includes the long awaited Legendary Banner featuring a colourless dragon, which turned out to be a female version of Fel Robin! Also, we get confirmation of the next… 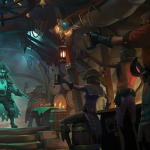 A'hoy Mateys! Ye be enterin' dangerous waters, so you best not be doing so alone! Join Jocelyn and Siv as they tell you all you need to know about Sea of Thieves, the ultimate online, multiplayer, PvP pirate experience. This week Joce and Siv talk all about the first Pirate…