Ryan is away so this week Jocelyn is joined by James “Iyagovos” Bartholomeou of Indie Love to talk about The Sims 4, some WoW raiding and achievement hunting, as well as what is going on with the whole GamerGate hashtag. Please keep in mind that the episode was recorded Friday, before new information came to light. Enjoy! 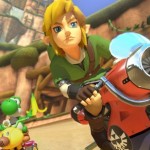 Josh and Evan from The Any Key Gaming Podcast join Ryan this week to chat about zombies, World of Warcraft and Dragon Age: Inquisition. It's also a jam packed episode of news, closing off with a firey email defending EA Access. Josh shares his tales of tanking in a WoW… 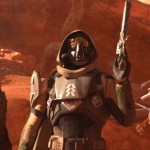 These last few weeks have been sort of heavy haven't they? A lot of EA Access talk then there was Gamers Gate. How about some good old fashioned gaming talk? Jocelyn is making herself at home in Ontario so Ryan invited his good friend Matt to join the show and…